I have downloaded the images in the gallery, to the right of the page, from the social media sites Whatsapp and Twitter here in Khartoum (using a VPN connection now the  government has blocked normal access!)

The selection of photos, memes, cartoons and images have been captured or created by young Sudanese men and women who were inspired by the wave of anti-government protests, now entering the fifth week, which have spread to many cities in Sudan.

I believe that in some way the images capture the essence of what is unfolding in the country; the terror and courage, ingenuity and resilience, humour and empathy but most of all the hope that, after thirty years of  Bashir’s rule, some other future is possible.

Where possible, I have tried to credit the artist or owner, but many of the images are unattributed because I was unable to find a name. I will credit the owner immediately if and when I come across them.

“Tasgot Bas!” Just Fall, the phrase has become the keyword in the protests 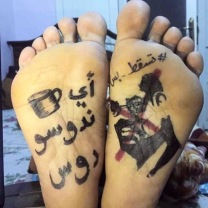 Imagining a future Sudan: a poster welcoming tourists to the country

A bullet from the protests converted into a ring

Next to ATM “A government that doesn’t give us our money should ‘just fall!'” 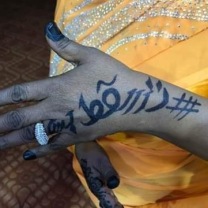 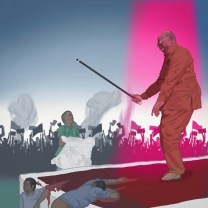 What state media is not showing

Such statements published on by the Sudanese Professionals Association, the de facto body leading the protests, summarizing what has happened and giving details of upcoming protests 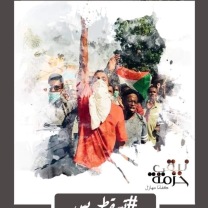 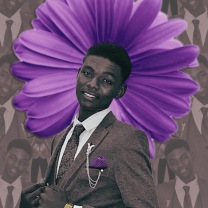 Mohamed al-Fatih Mustafa, the 16-year-old shot dead by security forces in Omdurman is one of nearly 40 men who lost their lives in the protests 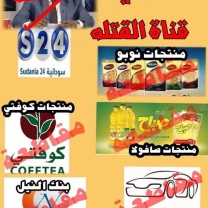 Companies supporting Sudania 24TV and calls for a boycott 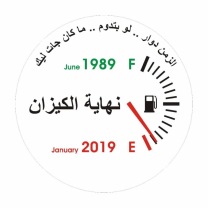 Fuel running out in the Kayzan tank

“We’re your brothers, dumbo.” A young man is heard saying this on film to a security officer whose pick-up truck overturned while pursuing the protesters

Disabling CCTV cameras believed to be used to monitor protestors

Kizan, plural of Koz – a metal mug for drinking water – are what Islamists, in and out of power, are known as Sudan

“How much” is the price of martyrs’ blood? The phrase is from one of the protests’ chants. Sudan’s Muslim Scholar authority meets Omar al-Bashir to discuss the protests. The authority is widely regarded as being complicit through its sanctioning of or silence towards government actions 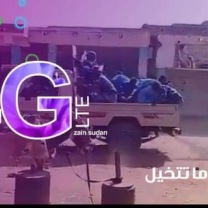 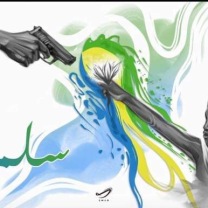 “Peaceful” The peaceful nature of protests so far, is considered the reason they have been successful

“We’re not scared!!!” by Iqoona Boutique shows the hennaed hand of a handcuffed female protester, highlighting the important role Sudanese women are playing in the protests

Poster calling for people to verify news and pictures before re-posting. Awareness is growing of the importance of credibility in combating fake news and government claims